The Tales of Northam are a series of stories set in the country of Northam where magic is forbidden.  But magic, like love, always finds a way.  Enjoy these tales of fantasy and romance.

In a land where magic is forbidden, an occult experiment victim named Scylla is cast into The Pit for the crime of poverty. Instead of death, she faces the notorious criminal, Evander the Wicked, Destroyer of Worlds. Suddenly struck with the feeling they have met somewhere before, Scylla and Evander team up to discover how sorcery and fate has entwined them. Will this couple discover what happened in a magician’s dungeon that gave them powers and why they share a mysterious brand on their arms, or will the Drugai kill them before they get a chance?

Star-Crossed was previously published in the Reflections of Love anthology. 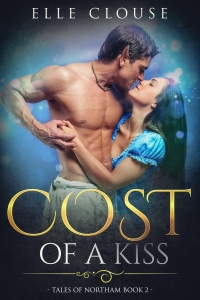 Desperate to make a good impression on her betrothed, Orla sneaked into the crazy wizard’s garden for an orchid. Mistaking an elf for a fellow trespasser, she befriends the wizard’s apprentice Lonan. Drawn together as friends, Orla and Lonan discover their worlds aren’t as perfect as they’re led to believe. When their friendship develops into more, what will be the cost of a kiss?

Cost of a Kiss was previously published in the Love Through Heartache anthology.

Also watch for Dark Desires and Memory of Magic.